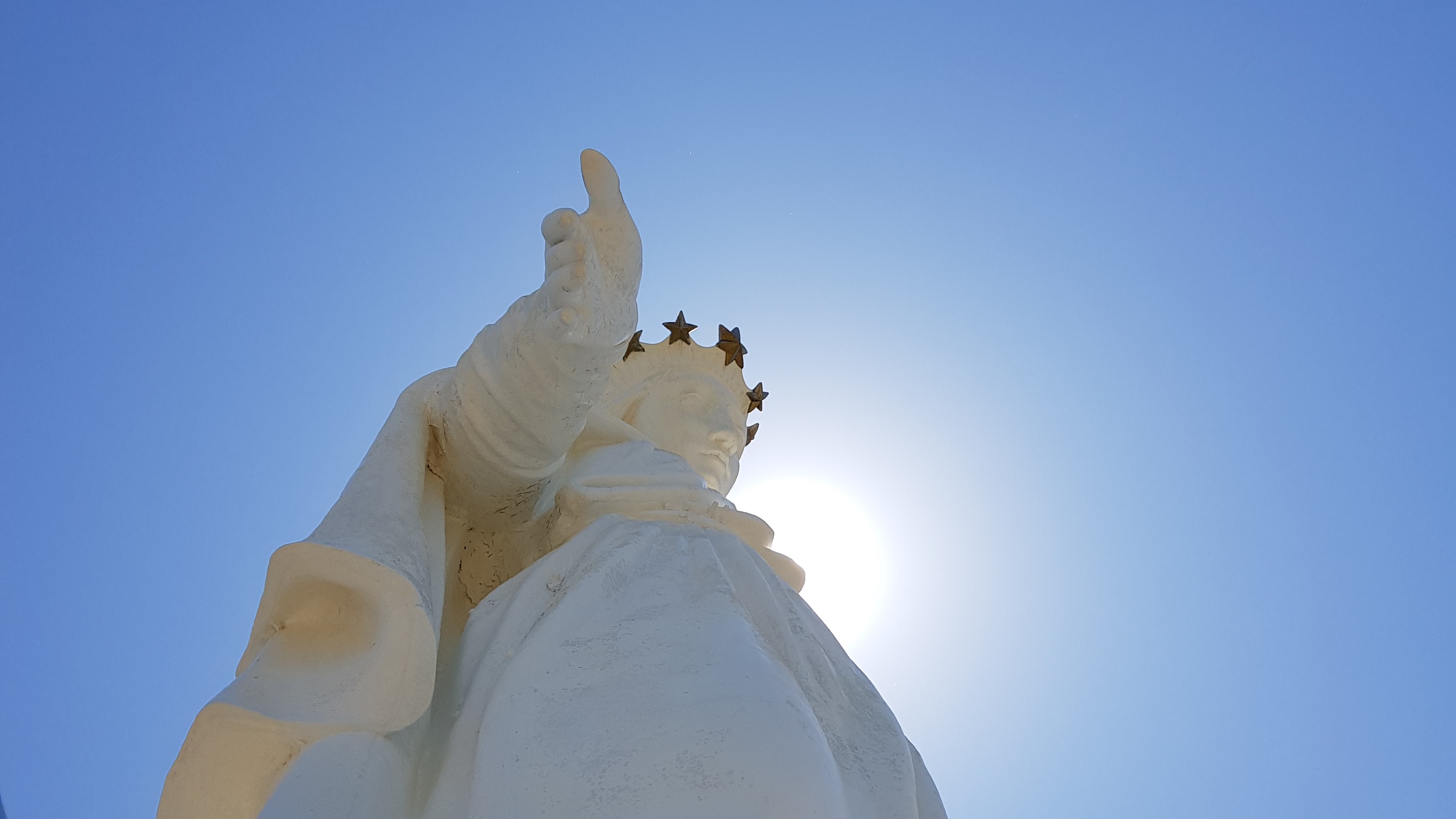 Lebanon is a sovereign state and is officially known as the Lebanese Republic.

It lies on the Mediterranean Sea, close to Cyprus.

Lebanon has a rich and ancient history which is shaped by a cultural identity of religious and ethnic diversity.

Lebanon was the home of the Canaanites (Phoenicians), whose kingdoms flourished for 1000 years (15150 – 539 BC). Today, Lebanon is a totally integrated society consisting of both Muslims and Christians, living in harmony.

During its heyday, before the civil war (1975 – 1990), Lebanon was referred to as the “Switzerland of the East.” Beirut was popularly known as the “Paris of the Middle-East.”

Despite the after-effects of war and the influx of refugees, modern-day Lebanon has the highest Human Development Index in the Arab world. The economy is growing, and Lebanon is attracting tourists from across the globe again.

Travel-buddies, Zaritha van Wyngaardt and Helene Behrens, from Johannesburg in South Africa, recently returned from their journey through Lebanon and they had a smashing time!

Although Lebanon is the smallest recognised country on the mainland continent, it has a lot to offer travellers.

Despite the rumours and nay-sayers, Zaritha and Helene’s journey is proof that Lebanon is completely safe for travellers to visit and explore.

From fabulous accommodation to awesome wine and dine to road trips, people, historical sites and much more – Lebanon has it all!

1. BEIRUT IS BEYOND MAGICAL.

Beirut is the capital and largest city of Lebanon. Everyone who doesn’t visit this city is seriously missing out.

The hotels are world-class, and Beirut’s night-life scene is huge, especially on roof-top bars and night clubs.

The Beirut Heritage Trail is a must for history buffs with its Byzantine mosaics, Roman baths, mosques, underground street and ruins.

Archaeology fans will enjoy spending an hour or two at the Beirut National Museum.

Beach clubs are quite the thing for sea, sand, daybeds, spa facilities, restaurants, and a super-friendly cosmopolitan crowd.

Did you know that Lebanon is one of the oldest wine producing sites of the world?

The best place to explore Lebanon’s vineyards is the Beqaa Valley in eastern Lebanon (30 km east of Beirut).

The Beqaa Valley has more than a dozen vineyards and produces more than 6 million bottles a year. Zaritha and Helene had a wonderful time exploring the Ksara Wine Cellar.

If you’re a serious foodie, then Lebanon is the place to go foodie-crawling. Some Lebanese dishes to try out are Kibbeh (sautéed pine nuts and mince with a fried exterior), Kafta (lamb, beef or chicken meatball, filled with onion, parsley, breadcrumbs and spices, barbequed on skewers) and Kanafeh (a sugary cheese pastry smothered in an orange blossom syrup).

According to Zaritha, if she had to stay one more day, she wouldn’t have been able to take a flight back home – she would have had to roll back to S.A.

3. BYBLOS AND SIDON ARE TWO OF THE OLDEST CITIES IN THE WORLD.

The English word for “Bible” is derived from Byblos as papyrus was imported to Greece through Byblos.

Byblos (40km north from Beirut) is one of the oldest Phoenician cities in the world. At the Byblos ruins one can explore the ruins of many successive civilizations.

Byblos is listed as the 7th oldest city in the world.

Interesting fact: Byblos is where our contemporary alphabet originated.

Sidon is the third largest town in Lebanon, about 40 km south of Beirut. This fishery town is named after the great grandson of Noah in the Bible – the first Canaanite.

Currently, Sidon is listed as the 8th oldest city in the world.

According to the Biblical Archaeological Society, Sidon was the hometown of that naughty girl in the Hebrew Bible, Jezebel.

4. ROAD-TRIPPING THROUGH THE COUNTRY-SIDE IS TOTALLY SAFE.

Nothing beats an unplanned road trip with your best friend.

This is exactly what Helene and Zaritha did.

They packed their bags, booked a car and off they drove through the mountains and country side until they found this cute little guesthouse in Douma (80km from Beirut).

This charming location is known for its special location, with an abundance of olive trees, vineyards and apple trees in a valley surrounded by mountains.

Never once did they feel threatened or unsafe on the road.

“The people of Lebanon are so warm, friendly and welcoming. Their hospitality is amazing”, says Helene.

Zaritha and Helene also the visited the grave of Lebanese author of The Prophet, Kahlil Gibran.

“One day you will ask me which is more important? My life or yours? I will say mine and you will walk away not knowing that you are my life.” – Kahlil Gibran

5. THE BAALBEK RUINS ARE HISTORICAL GEMS.

Both girls agree that the Baalbek ruins were one of their best travel highlights by far. Baalbek has exceeded all their expectations.

Baalbek is a city in the Anti Lebanon foothills in the Becaar Valley, about 85km northeast from Beirut.

The Baalbek Complex is a recognised UNESCO World Heritage Site and consists of three temples, Venus, Jupiter and Bacchus.

Seriously, this is a must visit. 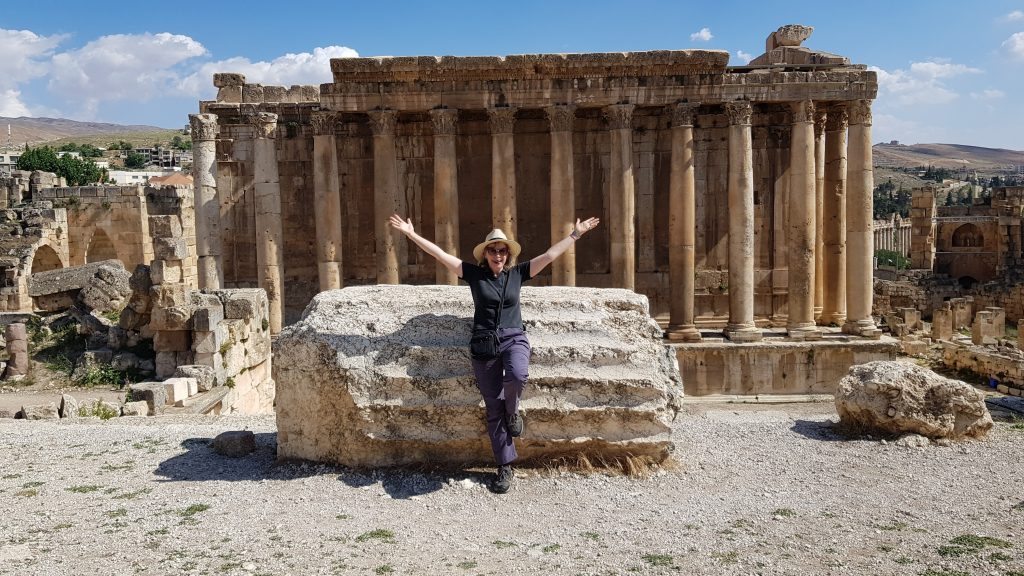 “My favourite Lebanon moment was when I stood on the green line which separated Christian and Muslim Beirut from each other in the past and realised how far this country has come, and that we, in South Africa, can learn a lot from Lebanon in terms of tolerance.”

A visa to Lebanon can be quite a process to obtain.

However, for more information on how to obtain a visa for Lebanon, contact Zaritha at zaritha@obviouschoice.co.za.

ABOUT THE OBVIOUS CHOICE:

Zaritha van Wyngaardt is passsionate about traveling and offers individuals from all walks of life the opportunity to travel to vibrant and authentic destinations.

The Obvious Choice is your one-stop solution for conferences, events, incentives and experiential travel.

9 thoughts on “5 Reasons Why We Really, Really Love Lebanon.”