7 Iranian Destinations you have to visit right now! 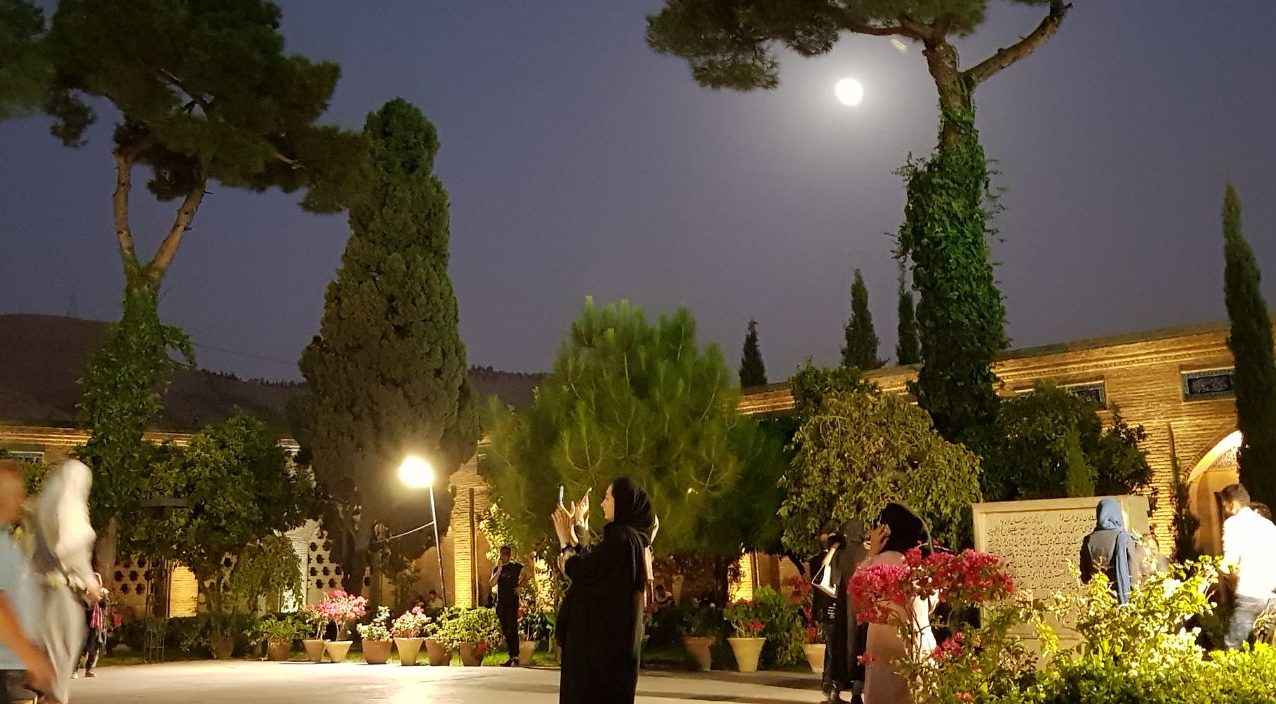 This is it! Finally, a list of seven Iranian destinations you have to visit right now.

Gerhardt and Zaritha van Wyngaardt are no strangers when it comes to exploring  the world’s “off-the-beaten-track” destinations.

In fact, this power-house couple from Johannesburg has a lot of experiential travel moments under the belt (trekking in Bhutan, street food tours in India, camel-safari’s in Jaisalmer and motor-biking up the Himalayan mountains).

However, when Zaritha first mentioned that they were going to Iran, I was a bit confused.

I mean, “Is it safe? What are you going to wear and do you have to cover your head and are you allowed to have fun?

Therefore, we have compiled this list of Iran’s top destinations with exciting excursions to explore based on Gerhardt and Zaritha’s experience.

Tehran is Iran’s capital and is quite modern in comparison to the rest of the country.

According to the Global Destinations Cities Index (2016), Tehran is among the top 10 fastest growing destinations. Its famous landmarks include the Azadi and the Milad Towers.

During their stay in Tehran, Gerhardt and Zaritha visited the Carpet Museum of Iran, the old US Embassy (now turned-into museum) and the jaw-dropping Golestan Palace with its marble throne and ornate rooms.

Shiraz is located in the southwest of Iran and is the capital of the Fars Province on the Dry Bank (seasonal river). It is one of the oldest cities of ancient Persia and has been a regional trade centre for over a thousand years.

According to Zaritha, Shiraz is the city of love, poets and universities.

The extraordinary Tomb of Hafez is something from another world – a sacred world decorated in glass and mirrored tiles.

Hafez is known as one of Iran’s greatest poets from the 14th century.

Persepolis is a serious throwback to ancient history with an interesting story.

This city of ruins is located 60km from Shiraz in the Fars Province and has been declared a World Heritage Site by UNESCO in 1979.

Basically, Persepolis was built in 515 BC by Darius 1 and was known as Parsa, the “City of the Persians.” It was the wealthiest city under the sun and had been filled with riches of every kind. It housed the greatest treasures, literature and art works.

The city was greatly enhanced by King Xerxes, son of Cyrus who invaded and pretty much destroyed, burned and looted a great part of Greece in 480 BC.

Alexander the Great avenged the attack on Greece and gave it over to the Macedonians to plunder, with the exception of the Royal Palace. All the  treasures were conveyed to his chosen destinations.

However, during one of his evenings of great celebrations, prostitutes and a large amount of liquor, the Royal Palace of Persepolis was set alight and burnt. The rest is history.

Only the ruins remain.

Yazd is the capital of Iran’s Yazd Province and is located 260km from Isfahan.

The city is famous for its Zoroastrian Fire Temples, silk weaving, handwoven cloth and Persian handicrafts.

The Bagh-e Dolat Abad Garden is one of Iran’s 17 registered UNESCO World Heritage Sites under the name of the “Persian Garden, 2011.”

The architecture, and infrastructure of this pavilion, together with the famous badghir (wind tower) of 33m in height, was intelligently designed around 1750 to help residents survive the harsh desert heat.

There is a sizable population of Zoroastrians in Yazd. Be sure to visit the Zoroastrian Fire Temple where the eternal flame has been burning  for 4,500 years.  The flame represents their supreme being, Ahura Mazda.

Zarathustra, an Iranian religious reformer and prophet is regarded as the founder of Zoroastrianism.

Isfahan is the capital of the Isfahan Province and is located about 340km from Tehran.

This city is renowned for its immaculate Muslim-Persian architecture.

The Masjed-e Sheikh Lotfollah Mosque is also known as the Mosque with the Great Dome. It was built by Shaykh Bahai in 1603. The construction of this Iranian architectural masterpiece was completed in 1619.

Imam Square is the second largest square in the world after Tiananmen Square in Beijing.

Shah Mosque is also known as Royal Mosque or Imam Mosque. The Royal Mosque, along with the Naghsh-e Jahan Square (on which it was built in 1611, reportedly by Ali Akbar Isfahani) are registered UNESCO World Heritage Sites.

Qom is considered as Iran’s second most sacred city after Mashdad.

It lies 125 kilometres southwest of Tehran and is the capital of Qom Province. Qom can easily be visited as a day trip from Tehran or en route to Kashan.

Its most visited sites are Mosques (Qom Jame Mosque), the Qom Bazaar and the the magnificent Hazrat-e Masumeh shrine.

Although Qom is open to foreigners, travellers need to be mindful of the city’s religious nature when visiting and dress conservatively.

The Matin Abad Desert Eco-Resort and Organic Farm lies about 60 km from Kashan in the desert of Iran and is one of 18 best practices in sustainable (Eco) tourism in developing countries.

Visitors can enjoy a camel trek, go for a bike-ride in the mountain-valley or take a long desert walk under a beautiful star-lit night sky.

The camp itself is a grass-covered plain with modern facilities.

Finally, this is what our two travellers have to say about Iran:

“A place is defined by its people and in Iran’s case this is just so much more apparent. Iran really is about the people. I’ve never come across such friendly and welcoming people… The sights and the history is almost too much for me to comprehend – from modern day history to ancient history… but, the people is the defining factor.”

“Iran is a total overflow of information as a result of its long and interesting history, but the most impressive part of our trip was the people – the openness, the friendliness… Their willingness to meet, to share and to host us was absolutely fantastic.”

Now that you know a little bit more about Iran, is this a country you would like to add to your bucket list of countries to visit?

Let us know by getting in contact with the Obvious Choice.

We’d love to hear from you.

ABOUT THE OBVIOUS CHOICE:

Owner and Founder of the Obvious Choice, Zaritha van Wyngaardt, is passionate about travelling and offers corporate clients, as well as individuals, the opportunity to travel to vibrant destinations to experience, energise and revitalise.

The Obvious Choice is your one-stop solution for Experiential Travel, Conferences, Incentives and Event Management.

FYI, The Obvious Choice recommends Herat Trading for all your Persian Carpet requirements in South Africa.

2 thoughts on “7 Iranian Destinations you have to visit right now!”