“Iran is a total overflow of information as a result of its long and interesting history, but the most impressive part of our trip was the people – the openness, the friendliness… Their willingness to meet, to share and to host us was absolutely fantastic.” – Gerhardt van Wyngaardt

“A place is defined by its people and in Iran’s case this is just so much more apparent. Iran really is about the people. I’ve never come across such friendly and welcoming people… The sights and the history is almost too much for me to comprehend – from modern day history to ancient history… but, the people is the defining factor.” – Zaritha van Wyngaardt

Is this the trip that gets your wanderlust going? Contact us now to book, or for more info.

Arrive in Shiraz. Our guide is waitIng to greet and transfer you to the hotel.

After breakfast visit Narenjestan (a traditIonal and historical house in Shiraz, dated back to Qajar era), then visit Nasir ol Mulk Mosque from Qajar era which includes extensive colored glass in its façade; it is also named the Pink Mosque, due to the usage of considerable pink color tIles for its interior design. Stroll through Vakil Bazaar and mosque; this mosque was built between 1751 and 1773, during the Zand period. Vakil means regent, which was the tItle used by Karim Khan, the founder of Zand Dynasty, then visit the Tomb of Hafez a great Persian poet. At night visit the Holy Shrine of Ali Ebne Hamzeh (you will visit this shrine from inside).

After checking out of the hotel, we will board the vehicle and head towards Isfahan. En route visit Persepolis (Takht-é Jamshid) in the heart of the fabled Persian Empire. Once one of the greatest architectural wonders of the ancient world, it was founded by Darius the Great, who made it his capital in 518 BC. Watch our Persepolis mp4 video on YouTube.

Then we will visit Naghshe Rostam Necropolis of the Achaemenes. Drive to Isfahan. In Isfahan go to Naghsh-eJahan Square to visit this beautiful site in the evening. Then stroll along old bridges across Zayandeh Roud River such as Siosepol and Pole Khajou.

After breakfast, exploring Naghsh-e-Jahan Square (UNESCO World Cultural Heritage) which was built in 16th century and has four monuments at its dimensions: Ali-Qapou Palace which was built by decree of Shah Abbas in the early seventeenth century; the great monarch used to entertain noble visitors and foreign ambassadors. Shah Mosque that was built during the Safavid period and it is one of the everlastIng masterpieces of architecture in Iran. Sheikh Lotfallah Mosque which is a masterpiece of Iranian and Islamic architectures and Gheysarieh Bazaar. Then drive to Matinabad. Before sleeping in Matinabad you can enjoy starry night of the desert.

Enjoy a local breakfast from the organic farm products. After camel riding (optional), drive to Natanz and visit Ceramic Workshop and its Friday Mosque. Continue to Kashan and visit Fin Garden (UNESCO WORLD HERITAGE SITE) – one of the historical Persian gardens, and after that, if time permits, visit Tabatabaie house – a historical house in Kashan. Continue to Tehran.

Today you visit Archaeological Museum that hosts historical monuments datIng back through preserved ancient and medieval Iranian antIquitIes and then visit Golestan Complex – a UNESCO WORLD HERITAGE SITE (Two Palaces). Literally, the name means the Roseland Palace, is the former royal Qajar complex. The oldest of the historic monuments in Tehran. The National Jewelry Museum (open from Saturday till Tuesday 14:00 hrs to 16:30 hrs) is where most of the royal jewelry of Iran is in display from Safavid, Afsharid, Ghajarid and Pahlavid dynasties.

Early morning hotel check out and group transfer to airport for ﬂight back home.

3. Tips (in restaurants & hotels, not for guide and driver);

4. All In and Out Transfers;

The Original Pathologist Test results, Report for HIV, Tuberculosis Test, Hepatitis B & C Tests, these tests should not be older than one 1 month (not included in cost, view detailed proposal).

The price for the fixed departure programme, per pax, based on half board, would be as follow:

The above price is based on 6 nights’ accommodation. Kindly note that your trip can be extended at an additional cost.

7 Iranian destinations you have to visit right now!
READ BLOG 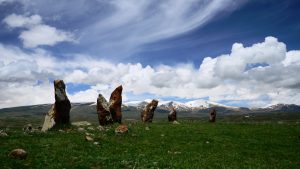 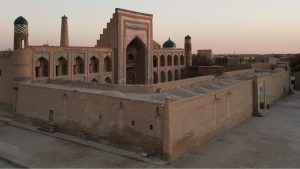 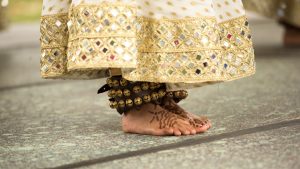